Coffin bone rotation and Sinking in a donkey.

Sadly, I share the story of my very own donkey named "Lollipop". She is approximately 12 years old and every summer gets a bit foot sore when the green grass is lush. Through benign neglect and some luck, she has recovered every year with just a few days of phenylbutazone treatment! This year has been different. She has been lame in left front foot for over 2 months. Initially, she was lame in both front feet and I kept her feet supported with impression material and bandages. After 30 days of foot bandages, I switched to Soft Ride boots with removable orthotics designed for acutely foundered horses. The donkey remained lame in the left front foot hence I broke down and radiographed both front feet. On the day that the radiographs were taken, I noted that the entire coronary band was soft and painful in the left front foot!!
.
.

.Figure 1 is a radiographs of the left front foot and Figure 2 is of the right front foot. There is evidence of chronic laminitis in both front feet with coffin bone rotation and pedal bone lysis. However, the most concerning observation was the radiographic evidence of coffin bone "sinking", predominantly in the left front foot. This occurs when the lamina becomes detached all the way around the foot and can result in the entire hoof sloughing off the foot!! In Figure 3 and 4, the red line corresponds to the coronary band and the blue arrow is the distance from the coronary band to the coffin joint. In Figure 3 (left front foot), the blue arrow is longer than the blue arrow in Figure 4. This would suggest that the entire bony column has "sunk" into the hoof capsule. This would also explain why the coronary band was soft and painful. In essence, Lollipop is trying to lose her hoof!  If this was to happen she would likely require humane euthanasia!!


Due to the severity of her condition, she is now locked up in a stall and I have placed her left front foot in a cast. The cast will hopefully stabilize the foot/hoof and allow time for healing of the lamina. She is comfortable on 1/2 gram of phenylbutazone 2x per day and other than being annoyed about the stall confinement, she appears stable. Stay tuned and keep her in your thoughts and prayers!! 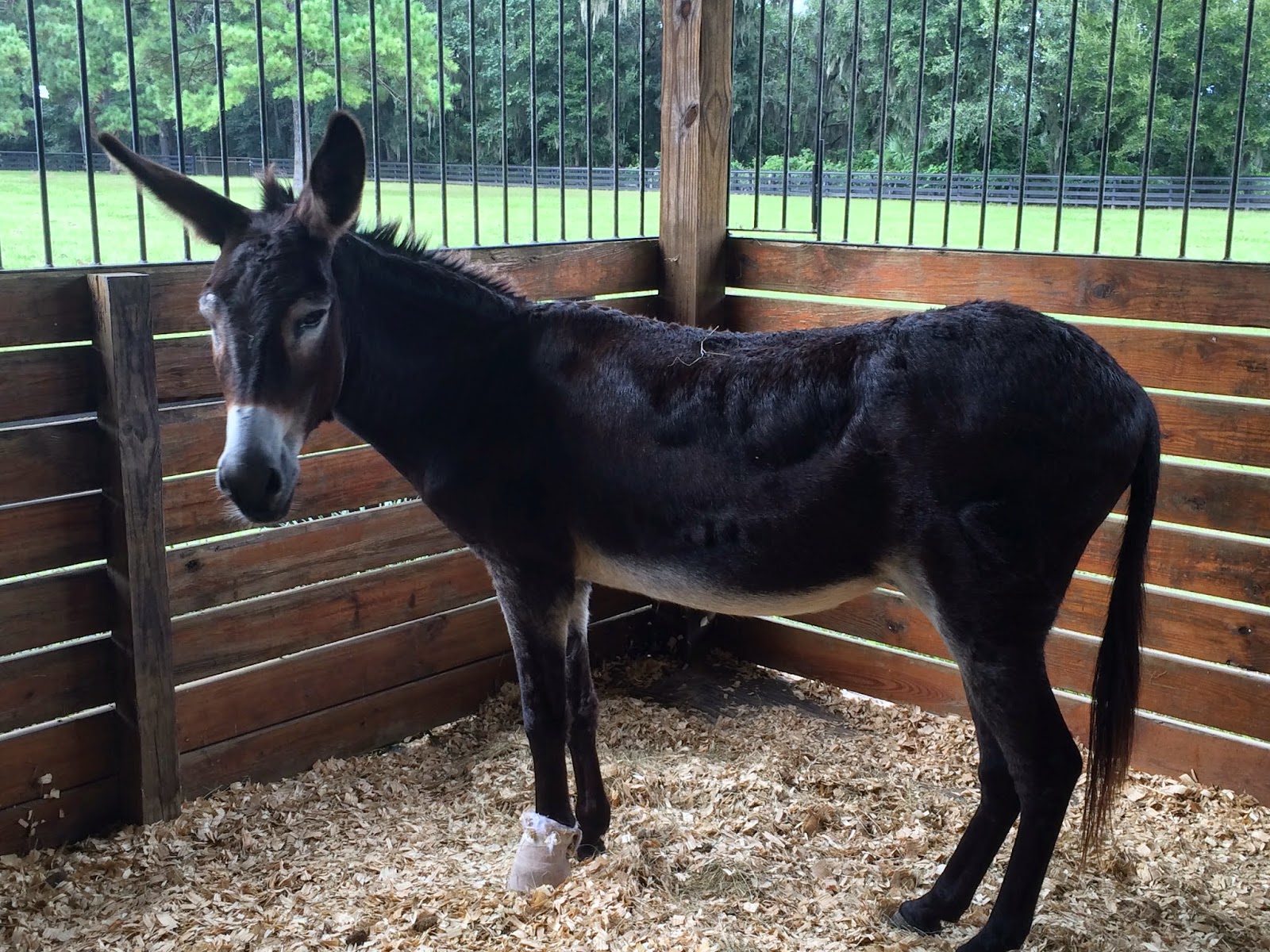